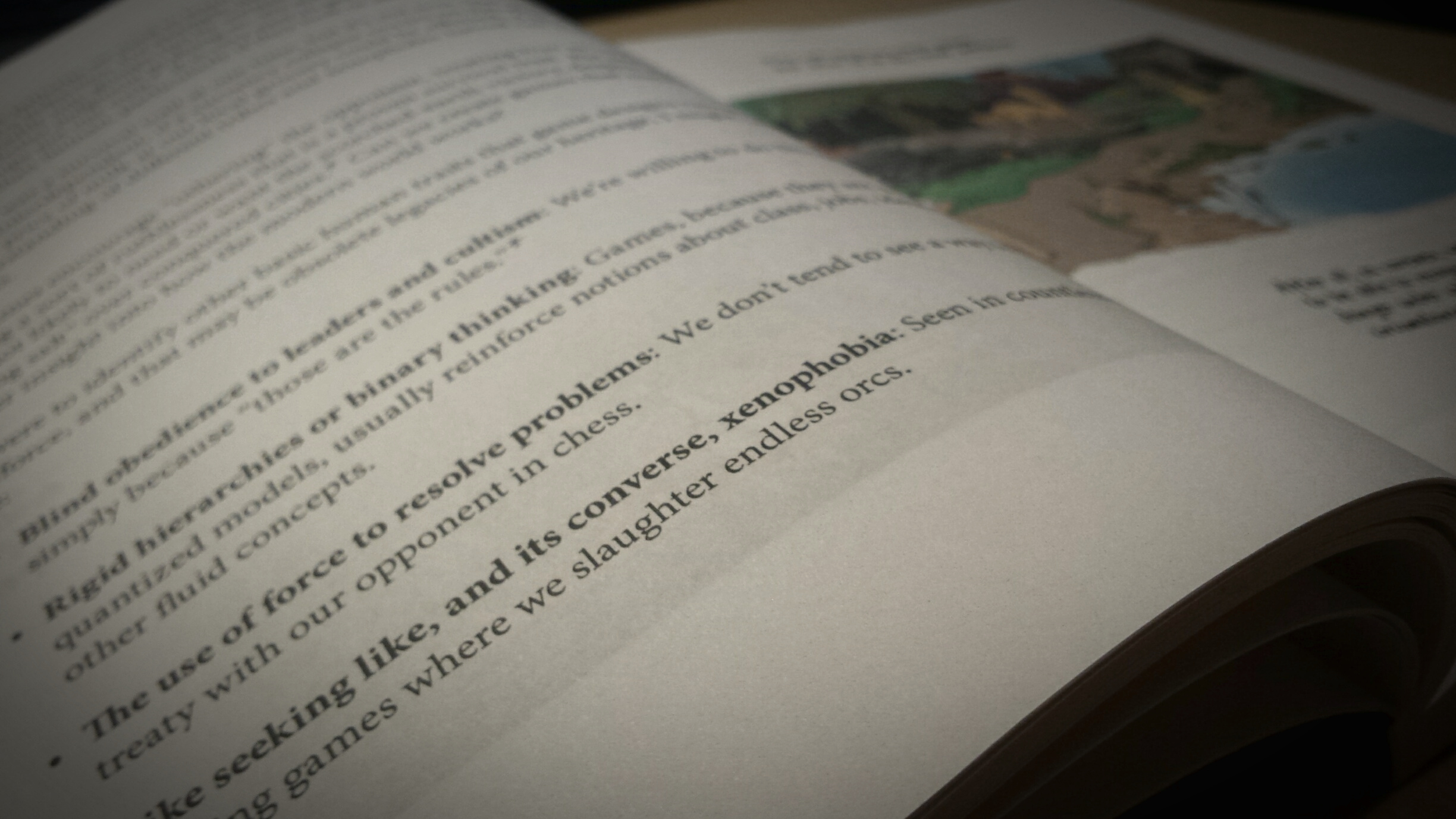 In the book, Raph Koster, the author, dove into how the human brain works. He first focused on the fact that the brain loves finding patterns. Let’s take this picture for example… (Photo found on boredpanda)

You’ve probably seen this photo floating around the internet and many like it. Or maybe looked up at the clouds and seen them form a familiar shape. This is because human brains constantly look for patterns in things. It was once a critical skill for survival and is still ingrained into our brains. That is also relevant in games. Raph explained that such primitive games like Tick-Tack-Toe get boring for most people at some point in their lives because people will figure out the game’s core pattern for not losing. That is why after a while of playing Tick-Tack-Toe, you are very likely to never lose again. Unless of course you accidentally make a mistake following the learned pattern.

He explained that the human brain, unlike some other species, craves for new information and learning patterns. When that craving is satisfied, in the right way, we get the feeling of fun. We are built this way for two reasons – because our brains are lazy and because we want our species to survive. The author says that if we imprint some actions into our so-called “muscle memory”, then we are faster to respond and less likely to make mistakes.

Take for example driving a car. Sometimes, you might find yourself already in your destination, although you knowingly sat into your car 15 minutes ago. You weren’t fully present in the act of driving and it’s like you were on autopilot. It happens to me quite often and I’ve heard people tell me the same, yet we always arrive at our destination safe and sound.

Fun is the feedback the brain gives us when we are absorbing patterns for learning purposes.

If learning is fun, then why isn’t it fun going to school? And why is it rather scary to learn to drive a car?

It is because these actions are often set in the real world with real consequences. That is a crucial part of games, whether they are video games or physical games. They have no real consequences. You can try stuff in the safe environment of a game, practice and learn something, then just leave that world without impacting your real life.

Fun is about learning in a context where there is no pressure from consequence, and that is why games matter.

Why not make a randomly generating really difficult game, that no one can ever master? Shouldn’t that be infinitely fun?

No, if a person finds no pattern to learn or the pattern to be way over his/her abilities, then the game gets boring again. The game has to balance between these two. If it’s done right, then the player finds the most enjoyment in the game and will possibly zone out for hours while playing it. That is what we, as game developers, should always be aiming for.

Going more in-depth, there are smaller parts of a game, that make it fun. A game should teach the player or let him/her practice a skill. When creating a fun game, it is often good to follow some significant act of our ancestors or let the player solve a problem of the current world. If not exactly that, then imitate something similar. Practicing to solve that problem feels important to the brain and then as a result feels fun. Let’s take chess for example. It imitates a medieval battle where you plan a tactical approach and try to take the king hostage.
Chess is a game that has been around for about 15 centuries, there is no way a game that isn’t fun lasts that long. 😛

If a game involves no preparation, we say it relies on chance. If there is no sence of space, we call it trivial. If there’s no core mechanic, there’s no game system at all. If there’s no range of challenges, we exhaust it quickly. If there aren’t multiple choices to make, it’s simplistic. And if skill isn’t required, it’s tedious.

Another thing Raph mentioned in his book, I also recall something similar from the book Rework, was that “…a good game designer should make point of not focusing too much on other games for inspiration”. That sounds especially true to my heart. For me, one of the best parts of being an indie game developer is the fact that you don’t have to follow the trends set by other big games. You can create a game that speaks you. That way, when creating a game, I can deliver something fresh, that I myself would love to play.

Overall, A Theory of Fun for Game Design was a great book in my opinion. Something I would recommend every game designer to pick up and read. Similarly so someone interested in gamification, for that matter. As I understood it is one of the standard books at game design programs around the world, so I’m definitely not alone in my judgment here. 😀

0
A Theory of Fun for Game DesignbookRaph KosterRecipe for FunThoughts
« Game Development Update #2 – Try For Free!
What Being a Game Developer Means to Me »