Is My Game Idea Too Big?

HomeIs My Game Idea Too Big? 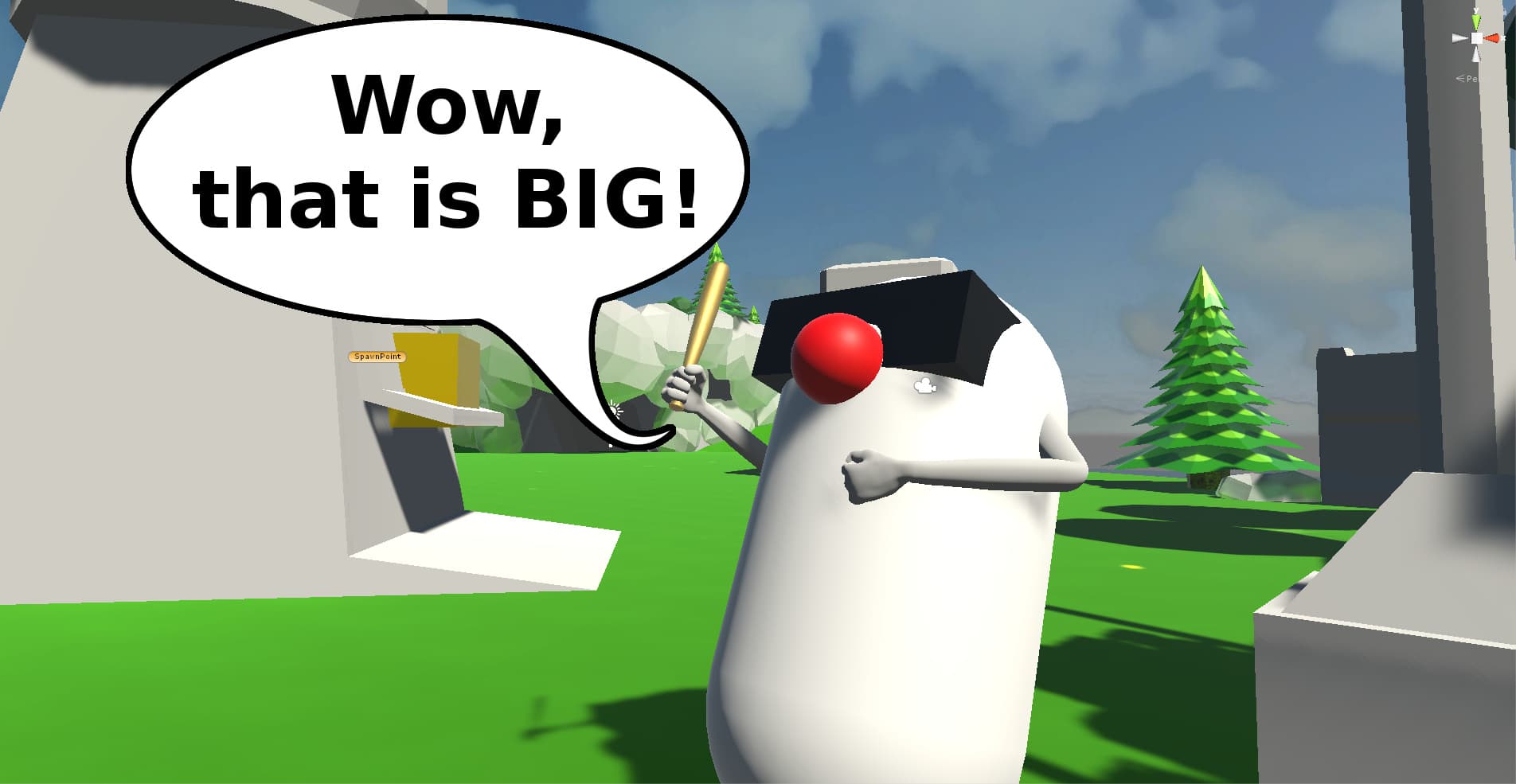 I started writing this post on Wednesday, just after I got back from the monthly IGDA Finland game developer’s gathering. As I live only 2-hour ferry ride away from that place I decided to drop by this time. I’m happy I did because I got to talk to some people who really made me think hard about my project. And to get my thoughts straight, I’m going write out some points this trip made me think about.

An elevator pitch is a short description of an idea that explains the idea in a way such that any listener can understand in a short period of time (Wikipedia). It is highly recommended to have an elevator pitch ready at all times if you’re an entrepreneur. You might only have a few seconds with someone to pitch your idea. If you have an elevator pitch prepared, you might start a good partnership in a matter of seconds.

Until this point, my elevator pitch has been the one I recently used in my last video. “Imagine a real-time strategy game like Age of Empires or Red Alert, but instead of controlling everything from above – you are actually right there on the ground.”  It still lacked the kicker which would knock the listener’s socks off. So I tried to come up with something great on my way to the gathering.

I wondered for hours and instead of coming up with a better pitch I started thinking about whether or not the core features of my game make the game’s scope too large. I started listing Project Number 2‘s unique mechanics like building, the first-person view, trolling, customizing, soldier commanding etc. Discussing these with my friend Ingvar, he warned me about my scope getting out of hand. I had just named way too many features for a small starting studio to handle.

That’s something we keep telling our students at GameLab (game developers hobby club), yet now I find myself in the same predicament. You have to keep the game core idea small or else it will grow over your head and you will never finish it.

And now I’m starting to think Project Number 2: Mechanical Difficulties’ scope is too large. Let me explain why it feels that way…

I’m planning a multiplayer first-person shooter with lots of real-time strategy elements. Two huge game genres where usually millions are spent to cover development costs. For example, Call of Duty WW2 development cost is assumed to have been around $450 million. Of course, I would make a game with immensely smaller scale than the creators of Call of Duty games.

It makes you think – where the hell does that money go in big studios then? Largely into marketing, of course, but development is expensive too. If you have a first-person game, then your character models, animations and effects need to be very high detail. That is due to them being often looked at from a fairly close range. Same goes for hands and weapons because they are constantly in the view of the camera. That is the art, but like I’ve mentioned before developing a multiplayer game creates extra layers of difficulty. I guess you can see where my mind is going with this… loads and loads of work. And the fact that troubles me most is that I’m almost 4 months in. I have 2 more months to complete my objective and have something worthwhile to present.

In my mind, I can see a way to complete all of these features in my game by myself. Or at least get a working prototype done. I could probably even make most of them work and look decent enough. But being honest with myself… what if I work on it for 2 years just because I set the scope too large. And what if in the end, the game’s prototype is a flop that no one wants to play or invest in? It would be a waste of my time and I just couldn’t bear to live off other people for that long.

That is why a fixed 6 months for a minimum viable product was a good idea for my project. I make a prototype and see if someone sees the potential. Then decide whether I can continue with the development or my time is better spent elsewhere.

Why not just get an investor early on to speed up the development?

Yes, if I got an investor to fund the development I could turn the 2 years (developing alone) into 9 months (developing with a team). But it is hard to predict how players will like my game in this state. They can currently only shoot each other and put buildings down. These two actions don’t make up a fun game on their own. Thus no investor is interested if no player is even having fun yet.

They would either want to play a really good prototype or already smell the money coming from its future sales. If I have neither, I am unlikely to find an investor.

So I’ve been working on a minimum viable product for 4 months now and something is starting to come together slowly. What I need to do now is take into consideration the short amount of time I have left. Then use it to put out something that will wipe people off their feet.

To successfully manage the rest in 2 months I will have to drastically cut some features out of the game. Maybe eliminate commanding, or aim for an easier art style. Maybe change some of the planned rules of the game to make it play faster and better with less content.

There is a lot of thinking and replanning to do. After all, like it was said in the book REWORK “You’re better off with a kick-ass half than a half-assed whole“.