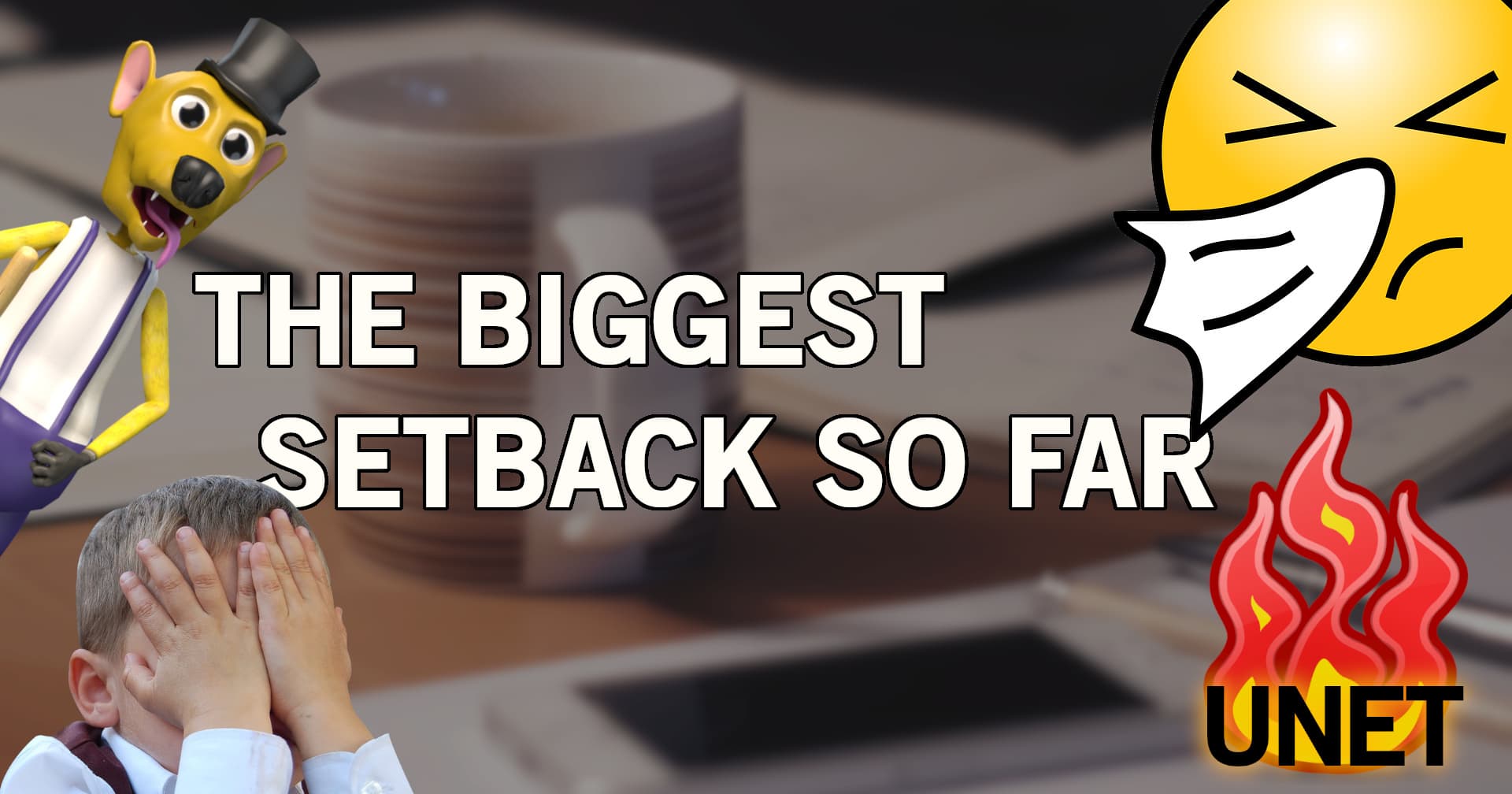 When I started this blog I promised myself to not only share the good but also tell you when things get tough. A little more than a week ago our project hit the biggest setback yet.

Looking back, there was some build-up to it all, so let me start from the beginning…

Since April I had been juggling between several roles on the company. I was the business guy, the developer, the artist, the marketer – I did pretty much everything.

It took a lot of effort switching between these roles, so it didn’t come as much of a surprise when the development started slowing down because of it.

The business side was very new for me and it took me a while to figure it out. It turned out to be a lot of work that needed to be done, for Venomite Studios to succeed.

As this evolved, it looked obvious that I needed more help to make this work.
I totally lucked out while putting together a team. Two of my friends (who are total geniuses at programming) wanted to join the team. I was over the moon!

Both of the new team members were working full time at their daily jobs, so they could only contribute to MD on weekends when they had free time. As time progressed, it became clear there wasn’t so much free time on their hands after all. So the development still mostly weighed on me.

This could only change if I got the funding for our development, so I could hire them full time.

So there I was – grinding to keep bringing you constant updates on the project while finding the funding for the development.

Two weeks ago I felt exhausted. I had been ripping myself into pieces, trying to grab at every straw. I knew I needed to take some time off, or else I would just burn myself out and it wouldn’t end well.

Right after thinking that, I was knocked off my feet by the flu. I thought to myself: “No wonder my body gave out. I had been pushing it to the limits for a while.“

So now I was kinda forced to take it slow and recharge myself.

A few days later, drinking tea, and feeling slightly human-ish again, I found myself at my computer. I wasn’t planning to do any work, I was just browsing the web.

I noticed that Unity (the game engine that our game is being built in) had released a new version. I had heard whispers about the upcoming version for months – it was going to be EPIC! And now it was available!

Along with the new version, Unity released an FPS Sample Project that was a free-to-use multiplayer first-person shooter project. That was GREAT NEWS!
I was sure to find loads of examples on how to make our Mechanical Difficulties better in every possible way!

So there I was, watching videos of the new Unity version. I was in complete awe! Until…
… in one of the videos, a person said: “…and because UNET is going to be deprecated…“.

“WAIT! WHAT?“, I thought to myself, “The networking system I’ve been using to build Mechanical Difficulties for over a year will be discontinued?“

Surely enough. When I opened Mechanical Difficulties up now, this is what I saw on my network components…

On further research, I found out that it had already been announced in August this year, but the news somehow hadn’t reached me before.
On top of that, Unity still hasn’t come out with an alternative networking solution that will eventually be replacing UNET.

Why it is such a big deal

This is such a big and unexpected change that it affects the current budget, development timeline and overall plans.

Taking some time off

Now as all of these things piled up and came crashing down on me, I fell into something I would call a “slight depression”.

I feel the need to take some time off to recharge my batteries, get healthy and attain a new perspective on this whole thing.

I have been and will spend some more time with family and friends, enjoying the holidays. I hope you are too!

Have a nice New Year’s Eve!