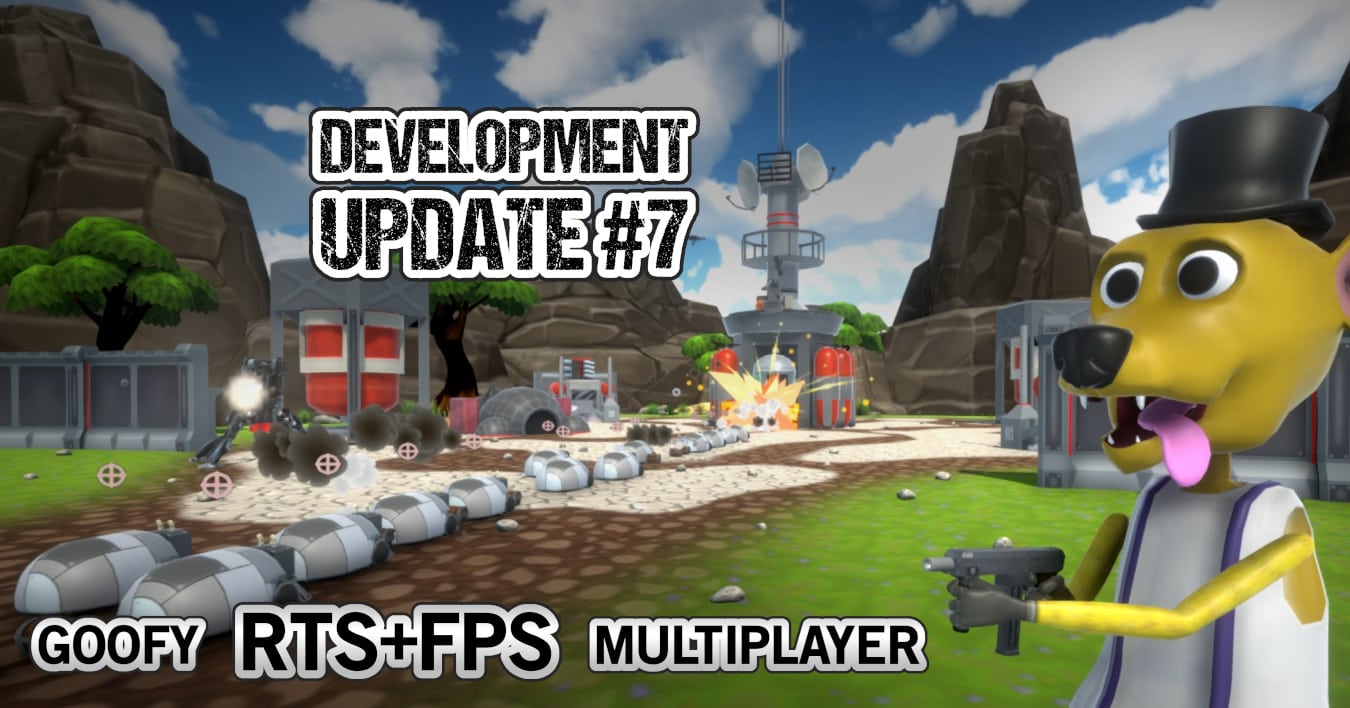 Time has come to share with you the amazingness we have been working on lately. We have uploaded another game development update on our youtube channel – this time it’s already the 7TH GAME DEVELOPMENT UPDATE!

In this new version, we have put a lot of effort into making MD look more complete all around. Previously there were a lot of white objects in the game like players, weapons, buildings etc. Now they are all replaced and/or textured. The visual changes get us much closer to the final appearance of the game. And the new player model sets the game’s whacky mood as we intended. We’ve reshaped the feedback when shooting weapons. We want the player to feel a connection with the weapons so we have analyzed other shooter games and borrowed some ideas we like. The weapons now have recoil when you shoot to make the gameplay feel more skill-based. You can also see hitmarkers when you hit the enemy. And when your magazine runs out of bullets you need to switch it out – it no longer just resets the bullet count. Because it is one of our unique core elements – we wanted to give the player a better understanding of the commanding system. We added pop-up text and command indicators to show exactly what the NPC was commanded to do. There are way more updates than what I mentioned here, so go ahead and check out the video I made describing the biggest changes.