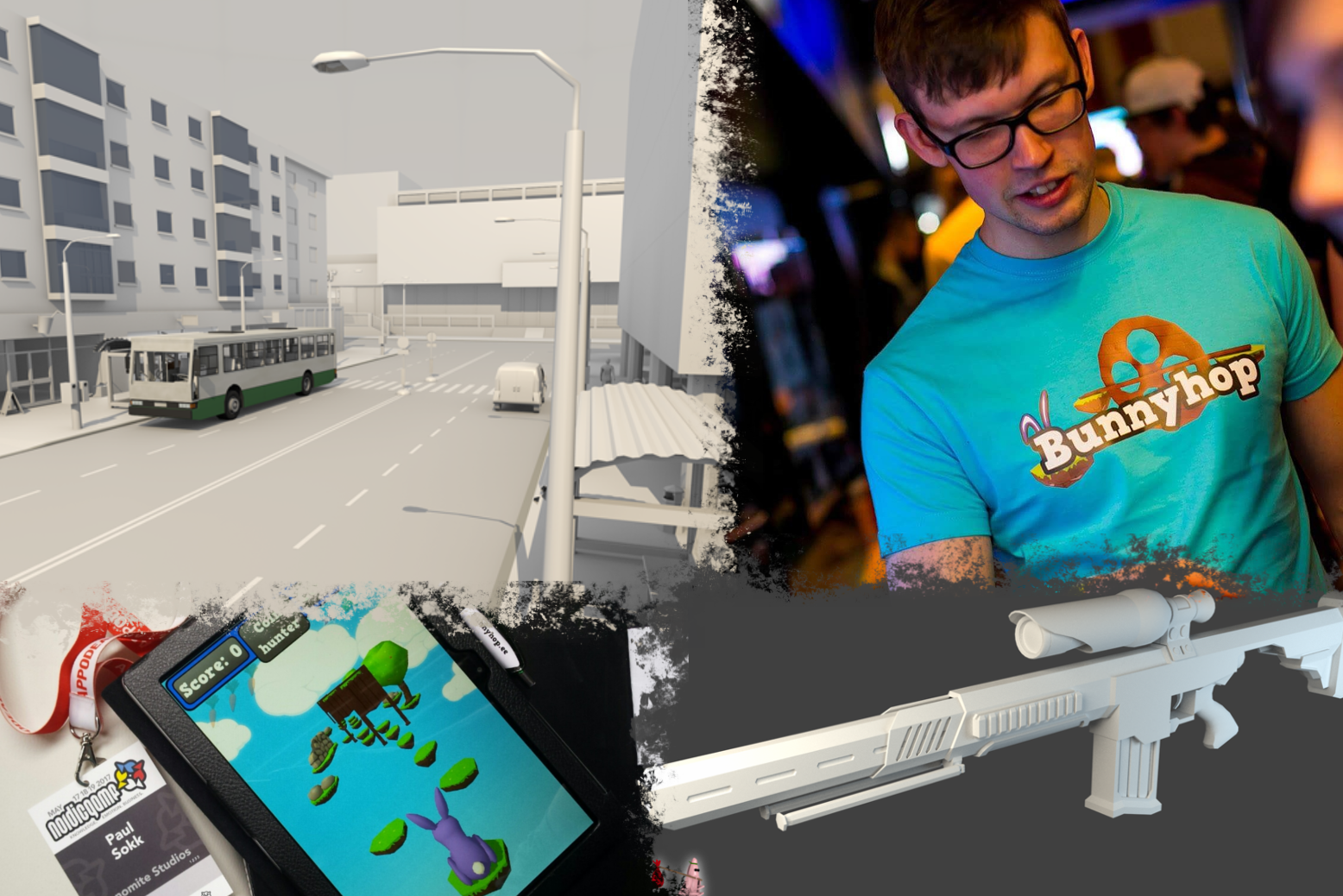 I always loved video games, many of us do. My best memories are from playing Gothic, Sims, GTA: San Andreas, TES: Oblivion and Minecraft on the PC and from playing COD: Black Ops on Xbox 360. I love those memories – those adventures, open worlds, excitement, and competition. Video games often give us comfort and joy that we as children so often need. That is not only true for children, I believe, many of us adults also crave for a good story or adventure. That is probably why many of us, who have tried playing video games, have such fond feelings towards them.

I didn’t always know I wanted to be a game developer. I knew I liked made up fantasy worlds, stories and creating content that immersed people. So in the past, I tried some amateur filmmaking. The problem with that was I didn’t have any good digital cameras to use and no actors to do what I wanted. So I started thinking about alternative ways to get footage. That is how I stumbled upon digital 3D animation.

I started learning Blender from online tutorials and was amazed by all the alternative worlds I could create. It was quite amazing, I used to spend several hours a day creating 3D models and putting them together into a world, so I could just fly around that world and enjoy my creation. Then, at one point I felt skilled enough to start offering my services as a freelance 3D artist.

Then, shortly after, I found myself working in teams of game development with people around the world I had never met. We had meetings on Skype and brainstormed all sorts of cool ideas that we were planning to create. Many of these teams had a short lifecycle and fell apart because of poor team management, looking back it is no surprise, many of us were around the age of 14 to 25 with no management skills. Nonetheless, it was fun and enjoyable to work with a team creating a video game.
I really liked the idea of making a game, but never thought I could ever handle this scary thing called “programming”. I did try tho. The first programming tutorials I watched were on YouTube thenewboston‘s channel about Java. I was discouraged by the difficulty of the language so I shied away from it for some time.

When high school graduation rolled around I still wasn’t very sure about who I wanted to become and decided to enter Tallinn University studying computer science. I must admit, it was such a crucial decision in my life, because there I finally learned to program, and I’m happy I did. It was like a missing piece of my puzzle, so after my first year in uni, I started developing my first ever game project all by myself. It is now called Bunnyhop and it’s still freely available for Apple and Android.

A little while after I published my game I got introduced to the Estonian game development community. What an amazing bunch of people! So happy, so giving and most importantly so freaking passionate! I knew for sure right then what I wanted to do with my life. I wanted to become a game developer!