Paul Sokk
The journey, Thoughts
Note from the future: I will go more in-depth into the game idea in a future blog post here.

This is a post, that should clear some things up. I have yet to post specific information about my game idea and that is NOT because I don’t have a clear vision about the finished game. It is actually because I, like many other game developers before me, believe that my game idea is unique and valuable. Thus should not be publicly broadcasted out to everybody or else it might get stolen. I will go into more detail on that thought later, but now I will share what I can…

I currently don’t have a name figured out for the game yet. I’d like it to kinda “name itself” during the development progress, that way it will sound more original, laid back and fitting. While the game has no name I’m going to call it “Project Number 2“. The reason for such name is this will be my second big game development project after Bunnyhop mobile game (Google Play link).

Project Number 2 will be a first-person shooter (FPS). To those who are not familiar with that term, it means that while playing, you can see from the eyes of your game character. It is the standard view in most shooter games like Doom, Battlefield and Call of Duty. Though FPS games don’t always have to be shooters like the name suggests. A popular example where the first-person view is used without the shooting element is in Minecraft, and there are practically no guns in that game. 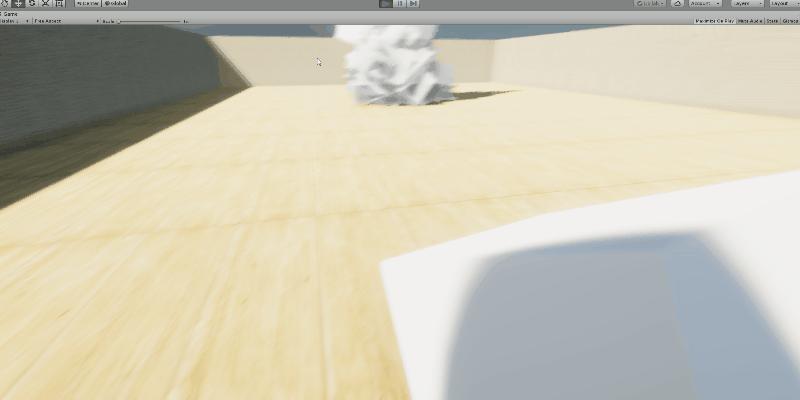 So I’ve been playing around with the Unity Game Engine a bit, trying to get my FPS Controller working as the first step. So now I can show the first view at the current game. All it can do right now is walk around and look around. (Sometimes also push a random box around) 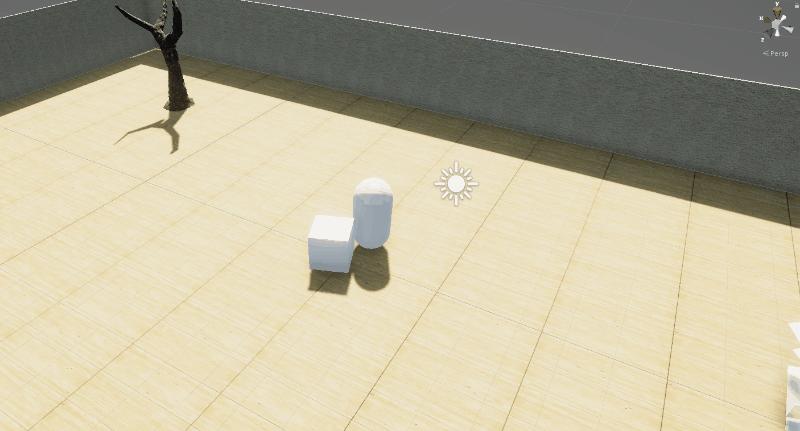 Yep, the player is currently just a white capsule and the level is made of two placeholder trees and a box.

The art-style I have in mind for Project Number 2 can be best described with the words friendly, colorful, goofy and cartoony. Two games that have achieved the looks I’m aiming for are… The Witness by Thekla The game will be multiplayer / co-op only. Considering the size of the team I’m planning to put together and the resources, I don’t see there being any single player story to the game. It would just blow out of development scope. Besides, as I see it, multiplayer game has a lot more replayability.

Why keep the idea a secret?

There is often a debate in the game dev community about whether or not you should keep your game idea a secret.

One argument is that if you share your idea, you will engage the community to care about your game more. You might find good contacts or even investors that see your passion and want to help you on your journey. Even if someone clicks with your idea so well, that they want to make that game themselves, it will probably end up looking completely different. I found a good blog post by Cdixon, that goes into detail why it is better to share your start-up idea, not keep it a secret.

On the other hand, and this is especially relevant in the indie game dev industry, you might have a million dollar idea, that nobody has thought of before. If you go out and tell someone who has better resources than you, who could use these resources to complete the game 10 times faster than you.
Imagine you have been working alone on your project for a year and a friendly guy that you met on a Friday night, 2 months ago, just releases a game with your exact idea and starts earning millions. I bet this is any indie game developer’s nightmare.

So this is where I am right now. I can see myself going public with the Project Number 2’s idea at some point, but now it is way too early for that. I would like to have something playable ready before doing so. Until then, this is all the information I can give you.